The seeds were planted for GSP more than 50 years ago.

Prior to the construction of Greenville-Spartanburg International Airport (GSP), our communities were served with two separate airports in Greenville and Spartanburg.  With the onset of the Jet Age, smaller airports were no longer adequate to meet future growth.

So, a group of Upstate business leaders, led by Roger Milliken and Charlie Daniel, organized an effort to build a new, modern airport. They quickly determined that a local community called Flatwood, with long stretches of flat land between Greenville and Spartanburg, was ideally situated to serve as the site of a regional airport.

GSP was the first modern airport built from scratch and offered many technological advancements including being the first airport to install lights in the pavement of its runway.  Today, GSP continues to be one of the finest and most innovative airports in the nation.  The GSP story continues…. 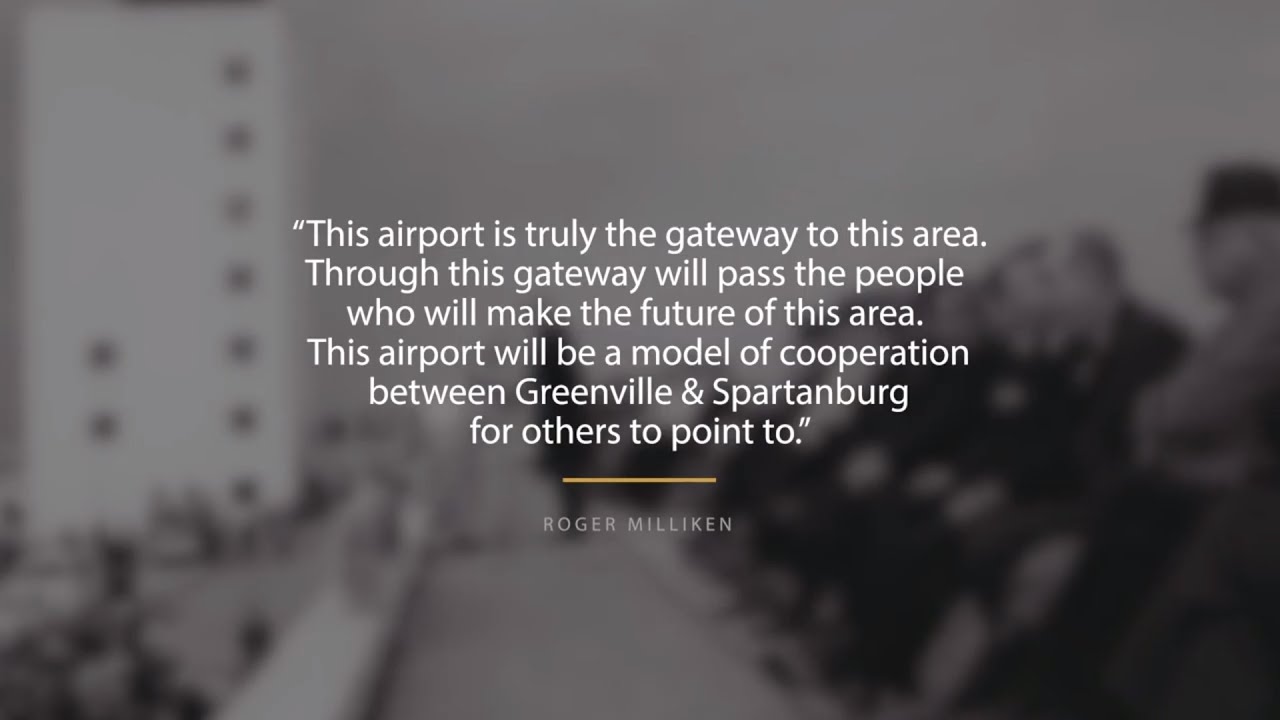